Ten hour drive yesterday from Bowie, MD, to Richmond, IN, finished up today with a five-hour drive. Dropped the Brother of Morganstein off at his house, rushed home, repacked and about two hours later I boarded Amtrak’s “Missouri River Runner” in Kirkwood for the four-plus hour ride to Independence, MO, on the former Missouri Pacific line. Should have (operative word: “should”) family waiting for me at the station, in preparation for Christmas in Kansas City.

To all out there, as we finally wind down 2014, Merry Christmas…and to all a good night!

On the way home from church this AM I stumbled across a particularly entertaining route. I have no doubt members of CTR and TRAC already know about this drive but again, if one’s visiting the area, it’s one of a number of opportunities to get out in your Triumph (or whatever) and have a good time.

From US 301 between Bowie and Waldorf, head east on MD 214/Central Ave towards Annapolis. After crossing the Patuxent River, turn right onto (appropriately) Patuxent River Rd and settle in for about six miles of twisties with some elevation changes. The road works south for a ways, then turns due east as Harwood Rd. Eventually Harwood turns back towards the south prior to ending at MD 2/Solomons Island Rd…which, conveniently, is the road south to the locale of this coming year’s TRA National Meet (on Facebook, https://www.facebook.com/TRA2015).

Speed limit’s mostly posted as 35 but 40’s doable, the road surface is great as is the scenery, just watch for bikes, oncoming traffic and a few one-lane bridges. This one’s great fun.

Unexpectedly, YFE is back in Bowie/Annapolis, MD, less than a week following my return from the last trip. With my brother and sister, we’re working our way through the sad duties that befall all families eventually. Right now, the planned return date to St Louis is Wednesday.

Couple of comments on local driving/cars to follow up earlier commentary, could prove useful to anyone from the midwest (or elsewhere) who comes out this way:

1) Again, the local drivers treat the major highways as speedways, invariably driving well in excess of the posted speed limit. US 301, which runs through Bowie south to the Potomac and Dahlgren, VA, is a great example of the requirement to merge very quickly and do the same speed the traffic’s doing; in that sense, driving around here reminds me of driving in Puget Sound (and oh BTW, if the posted limit is 60, I guarantee you’ll have to do 65-70 to stay up with the pack…and you’ll still get passed regularly).

2) Tailgating (‘drafting”) here is epidemic, more common than what I’ve seen in other parts of the country. Again, usually done at high speed with the requisite quick, unsignaled lane changes as people jockey for position. Doesn’t matter if you’re very obviously following a semi at somewhere north of the posted limit, you’ll still get people close aboard on your six.

As for LBCs this visit, one particular standout: at Eurosport Auto Repair on MD 214/W Central Ave, east of Bowie on the way to Annapolis, a Range Rover…with Cadillac egg crate grill installed in the front end, complete with Cadillac logo. Amazing, simply amazing…not sure what statement the owner was making here…

Having said all of the above – and despite the circumstances of the visit – driving hereabouts has its positive elements. See the next post. 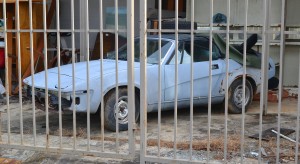 Yeah, that’s somewhat in reference to Chicago in ’68…

One of the entertaining aspects of driving long distances cross-country is you never know what you’re going to stumble across. Case in point, the caged TR7 seen here, which YFE spied in Lexington, VA, earlier today. Obviously in very rough shape (with evidence done on the rear wheel well, presumably by a previous owner), it’s a 1980 Canley-built, 5sp car (VIN TCT113834UCF). It was on display at an antique store appropriately named The Antique Mall, along with a ’52 or thereabouts Ford F-6 pickemup truck.

At a glance, probably only good for parts but if someone out there is actually interested, the shop’s on US 11 north of downtown, College Square Shopping Center, 760 N Lee Highway. Phone number is (540)464-5555.

YFE’s spending the night in Huntington, WV, about as far west as you can get in West Virginia before hitting Kentucky. Hope those who participated in tonight’s holiday lights drive hosted by the MG Club of St Louis had a large time…Prez Jesse surprised me this afternoon by calling about the event, part of an effort to get the SLTOA Wedge owners out in force. Then again, I do believe I surprised him even more when I told him I was about 30 miles north of Charlottesville, VA… 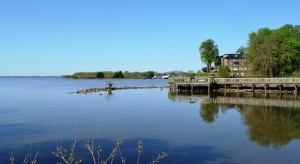 Last day of this particular det to the greater Bowie-Annapolis-etc part of the country and last day of standing the watch at a rehab/transitional center. However, I did manage to get out yesterday for a quick tour, including some documentation/photo stops at two of the former Washington Defense Area Nike Ajax missile sites, down by Croom and Brandywine.

As mentioned previously, there are two great Triumph clubs in this part of the country, CTR and TRAC. If you find yourself out here for a visit, by all means check in with either or better yet, both. AND, if you’re looking for some appropriate sports car roads, hie thee south along US 301 in the general direction of Dahlgren, VA (on the opposite bank of the Potomac) and dive off onto one of the side roads. The terrain and twistiness reminded me of the turf to the west and southwest of St Louis, although be advised a lot of these roads paved versions of old trails: very narrow and not much in the way of sight distance around the curves. Still, great fun, with plenty of outstanding scenery, historic old homes, farmland and periodic opportunities to look at the Chesapeake or one of its estuaries.

Once you’re away from the wilds and back in the main urban areas, a couple of rules: one, if you’re on a major freeway or highway (for example, US 301 north of Waldorf or thereabouts), do the same speed the traffic’s doing; if the speed limit is 60, plan on doing 70-75. The same goes for the freeways hereabouts…having a vehicle which accelerates quickly is handy (for a four-banger with automatic, the Command Vehicle – ie, my ’14 Kia – gets up and goes with great alacrity, highly useful hereabouts).

Also, while the denizens of St Louis are familiar with periodic accidents on the region’s freeways (such as the daily – almost scheduled – wrecks on I-70), around here they tend to take things to a whole different level. Case in point: heard on the radio that the pursuit of a suspected carjacker in Baltimore this AM ended up with his crashing into three police vehicles near Fort McHenry (which would place the event on I-95). Six other drivers immediately crashed their cars, apparently in sympathy with the law enforcement event wreck.Â  Sheesh….I expect things are still a mess up that way. 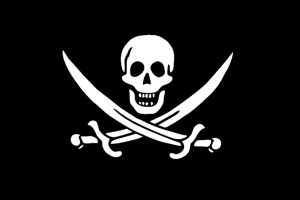 And a delightful evening it was, spent with nearly 20 members of Triumphs Around the Chesapeake (aka TRAC) at The Sunset Restaurant in Glen Burnie. YFE got there a little early so I sat out in the entry for a few minutes, then the hostess said, “There are several gentlemen waiting in the bar, could that be the group you’re waiting for?” Rsp: “Gentlemen? That wouldn’t be a Triumph car club.” “Okay, there are several hoodlums hanging out in the bar.” “THAT’S THEM!”

Great bunch of people and not surprisingly, their meetings are like SLTOA’s, with plenty of conversation on cars, current events, family doings intermixed with a fair amount of irreverency. Their major event each year is June’s “Brits by the Bay,” held at Carroll County Farm Museum, although they also have a big annual dinner, similar to SLTOA’s Christmas gathering of a few nights ago.

Best comment of the night? “We’re not in this to flip cars.” Second best comment was actually on a t-shirt handed out by one of the members: “Rum first, questions later.”

Like I said, great bunch. Best I can tell TRAC is effectively the Baltimore club and alternates meetings between the north and south sides of the city; Capital Triumph Register, as the name indicates, is primarily centered on DC BUT, both clubs have members up and down the Chesapeake and I expect there’s a fair amount of cross-pollination.

My thanks to TRAC and particularly club president Randy Fryer for the invite, this bunch is definitely good company.

What’s the matter, bunkie? Depressed because as the temperatures drop and the precipitation steadily trends towards copious amounts of the white stuff, you’re unable to get your Triumph out of the garage?

Well, stand up and cheer; as the following video indicates, there are always options for wintertime LBC driving:

Three comments: 1) Note the look in the driver’s eyes immediately prior to, uh, landing… 2) Do you think his wife may have used strong, reproachful language after the completion of this particular drive (not that any of us in SLTOA – or the LBC community for that matter -Â  have been subjected to strong, reproachful language from our spouses concerning our activities), 3) There’s at least one more slightly-used Mini now available for resale.

Patrol? Shoot, this qualifies as a short deployment. As most in SLTOA (and a few in Capital Triumph Register) know, yr fthfl ed has made multiple trips back to the DC-Baltimore-Annapolis oparea since last March, of varying lengths, due to a family medical situation.

Well, I’ve pulled the chocks and am heading east again, for the fifth time. Just finished the second of two nights participating in the choir for “The Messiah” at Twin Oaks Presbyterian, the road car’s loaded and off we go for a midnight ride eastbound. Regrettably, I wasn’t able to get to the DC oparea in time to participate in CTR’s Christmas Party earlier this evening, BUT, Triumphs Around the Chesapeake (aka TRAC) might have a meeting within reasonable distance Tuesday night. Guess we’ll find out.

Next report from the Old Line State, launch’ em!

Yeah, a bit early, but SLTOA – along with several of our friends from the Gateway Healey Association and the MG Club of St Louis – celebrated with our annual Christmas party earlier this evening. Great turnout – nearly 60 – great fun, great conversation and, as always, great food and service from the MAC-West. AND, this year, the individual who got stuck with the ’60 Rambler shocks got a bottle of wine for their troubles.

Details in the January edition of “Exhaust Notes.”

What with the temperature pushing 70 (!) yesterday, YFE came THIS CLOSE to putting the top down on the High-Speed Doorstop and going out for the second or third “No Kidding Last Rort of the Year” drive. Ah, but between choir practice and a requirement to get the Christmas lights up, I flat ran out of time. As is, when the choir adjourned at Twin Oaks around 1630L, it was painfully apparent that driving a front-engine, rear-wheel-drive V8 with top down (or up, for that matter), was wholly out of the question.

The bigger surprise came this morning: temps down some 40 degrees from yesterday and 1/8 to 1/4 inch of ice on the Kia, driveway, streets, etc. Talk about an uff-da moment…took 20 minutes to hack the ice off the car, salted the driveway so my child bride could get her car out of the garage and down to the street and then cautiously made the 41-mile commute to work at an avg speed of about 40-45 mph. No major thang, just being careful and fortunately, most everyone else on the roads treated the situation the same, ie, with caution (obviously, being St Louis, there were still plenty of accidents on the freeways).

So that’s it, no more TR drives until 8 February’s Polar Bear, at the earliest.