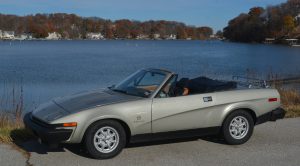 Two days after Thanksgiving (hope everyone had a great one!), 10 days after first snow which dumped from 4-10 inches hereabouts…and it was 65 and severe clear here in St Louis.  Sooo, I got the TR8 out for an extended drive, mix of fun, errands and choir practice at church.

This shot was done along the south shore of Lake St Louis and there’s a reason.  A few months back Glenn Owens, the editor of the MG club newsletter, The Metro Gazette, instituted an “MG Challenge,” along the lines of the annual “Moss Motors Challenge.”  The process is simple: each month in the newsletter he posts a message of the “get your car photographed at this location” variety.  A good number of the MGCStL members have gladly sent in a bunch of photos.

AND, he welcomes other clubs/cars.  Therefore, if you’re looking to have a little fun, call up the MG Club of St Louis web page, contact Glenn or one of the other officers, find out what this month’s challenge requirement is (this month was a lake, hence the shot) and go get some photos.  Previous ones included firehouses and libraries, and I expect Glenn will come up with plenty more. 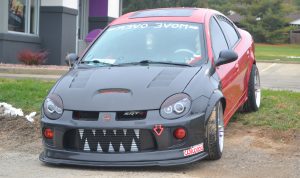 Observed in Columbia, IL, this morning (Sunday 18 Nov).  Apparently the owner of this Neon SRT bought the highly prized Road Warrior option package.  No idea if the owner’s last name was Rockatansky. 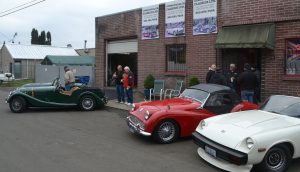 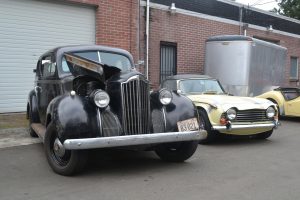 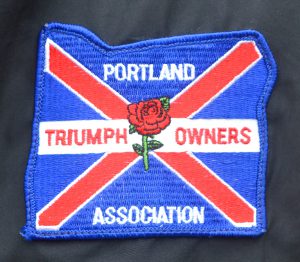 Commonwealth Classics is a long-standing LBC repair shop perched in a garage on the east side of historic Vancouver Barracks, Washington.  I first learned of the business about 18 months ago while touring the barracks (and Fort Vancouver National Historic Site) as part of a military history conference; one of my compadres said, “Hey Mark, isn’t that a TR6?” and I was off to the races (so to speak).

Anyway, during my recent three-day TDY to Joint Base Lewis-McChord and subsequent four days visiting kids and grandkids in Vancouver and Lincoln City, I timed my drive through Vancouver to coincide with Commonwealth Classics’ monthly “Classics & Coffee” gathering, similar to the local Cars & Coffee events.  What a hoot…great bunch of people (aren’t all LBC owners?) and a pretty entertaining assortment of cars, including two TR250s, two TR3s, two TR6s, three Morgans, a TR7, MG TC and MGB, along with a ’40 Packard 110 (!) and Jensen-Healey. The guy at the garage next door concentrates on Chevys, so he rolled out a ’63 Biscayne police car. AND, someone showed up in a ’49 Ford coupe. Pretty eclectic.

In the shop, another Morgan (a flat rad…I’ve been keeping an eye out for one of those for years, almost bought one when I was at flight school in Pensacola 42 years ago), a Jensen Interceptor, MG Midget, TR4 (at least I think it was a 4; it might’ve been another 250) and a Jaguar XK120 FHC.

Again, great bunch of people (the local TR club is the Portland Triumph Owners Association; we swap newsletters with ’em) and a truly great way to spend a couple of hours on the north bank of the Columbia. Shoot, they don’t only offer coffee; I also enjoyed a pretty good brekfast.  If you ever get out to Portland-Vancouver, look up the PTOA to see if they have any events planned, and stop by Commonwealth Classics to say hi to owner Bob McNabb. 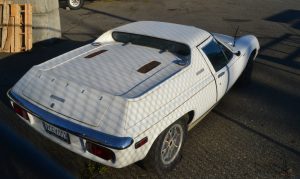 Another night on the road, another night in an Oregon city (Medford, in this case; I lived in adjacent Central Point from December 1988 to August 1989 while I served as editor of the Central Point Times).  The plan is to get out tomorrow, do a quick patrol of Ashland-Medford-Central Point, load up on In-N-Out burgers for my kids and their kids up in Vancouver (yes, In-N-Out, the California legend; the chain has expanded into Oregon with restaurants in Medford and Grants Pass).

Anyway, on the way down from Lincoln City, I stayed on US 101 as far as Coos Bay then took OR 42 across the Coastal Range to Roseburg.  While searching for rail action in North Bend and Coos Bay, I stumbled across this Lotus Europa.  Not exactly the type of car I’d expect to see on the Oregon coast but hey…other than a replacement right front wheel with flat tire, the car looked to be in pretty good condition.

AND, seriously, I have a bunch of LBC photos taken at an event in Vancouver yesterday morning.  Any luck and I’ll have them posted tomorrow night. 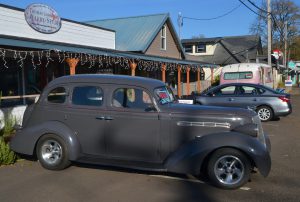 If so, here you go: a ’37 Studebaker Dictator, modified with a Chevy 350 w/ 3sp automatic and it has exotic foreign components (ie, Jaguar suspension front and rear, including IRS at the back end).  Available now in Cloverdale, Oregon (US 101 south of Tillamook), email for the contact info.

If not your cup of tea, fear not: I’ll post some LBC photos tonight from a Saturday event in Vancouver, Washington. 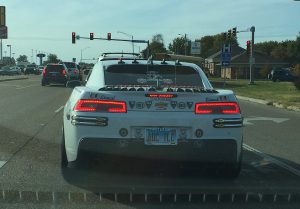 Seen in O’Fallon, IL, on US 50 westbound a couple of weeks ago.  Other than the fact the owner’s a veteran, I’m not sure what the rest of the, er, modifications indicated. 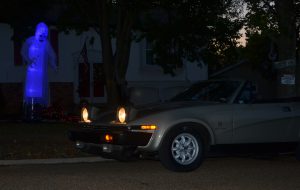